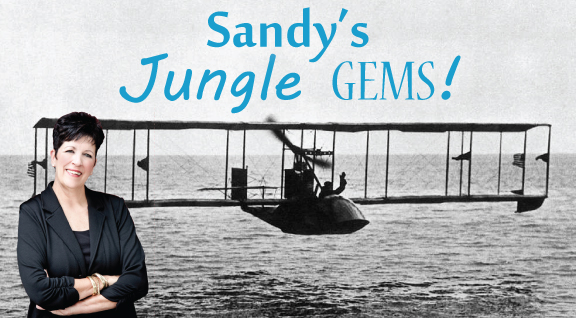 In the mid 30’s the surface of the airfield was described as, “smooth but needing a mow”. The airfield was the scene of numerous early air meets and rumored to have been used by bootleggers during Prohibition.

With the start of WW2, private aviation came to a halt. Albert Whitted Airport took over Piper-Fuller’s role. During the war over 10,000 army trainees, we’re camped out at Piper-Fuller and the Jungle Gulf course.

After WW2 there was a proposal to re-establish the airport, however, that idea was defeated by the Jungle Property Owners Association who opted to develop more housing. By 1957 the airfield was completely removed from USGS topo map. Current day’s Tyrone Blvd and Tyrone Square Mall can be found near the land of Piper-Fuller Airfield as well as a park. Very little remains of St. Petersburg’s first airport.